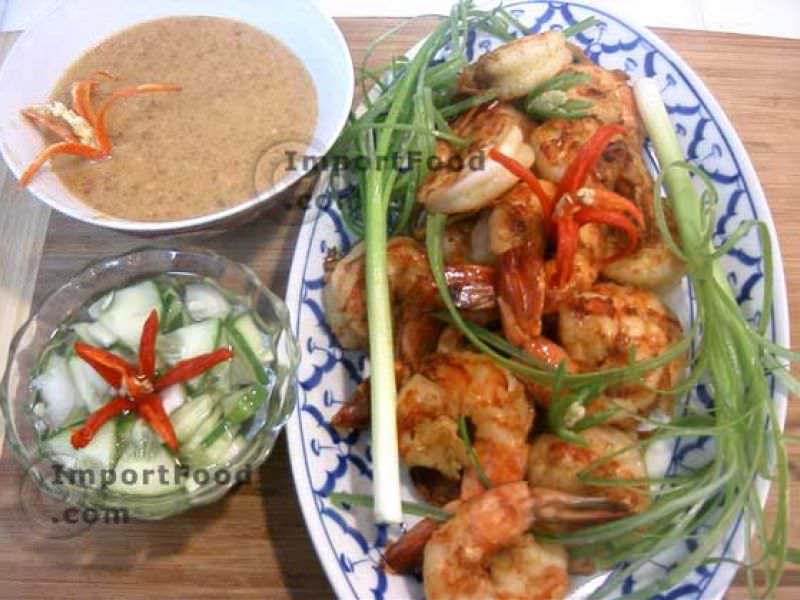 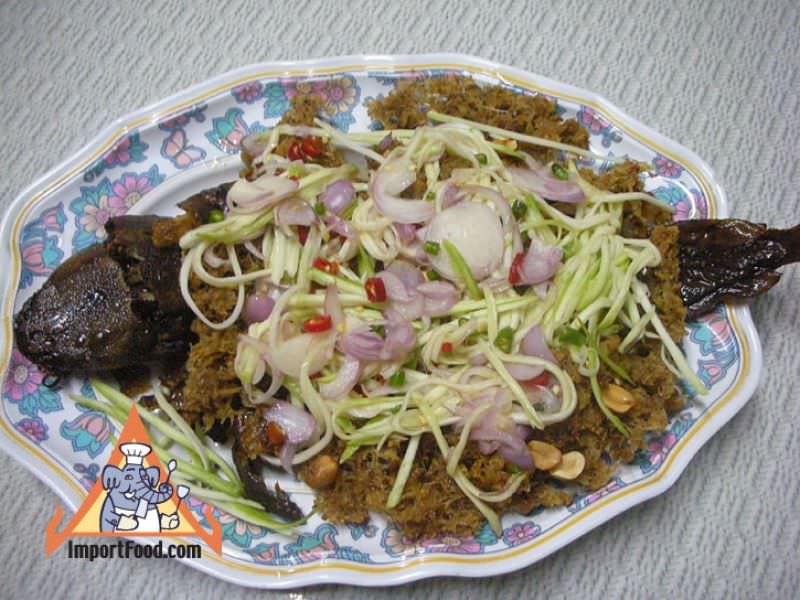 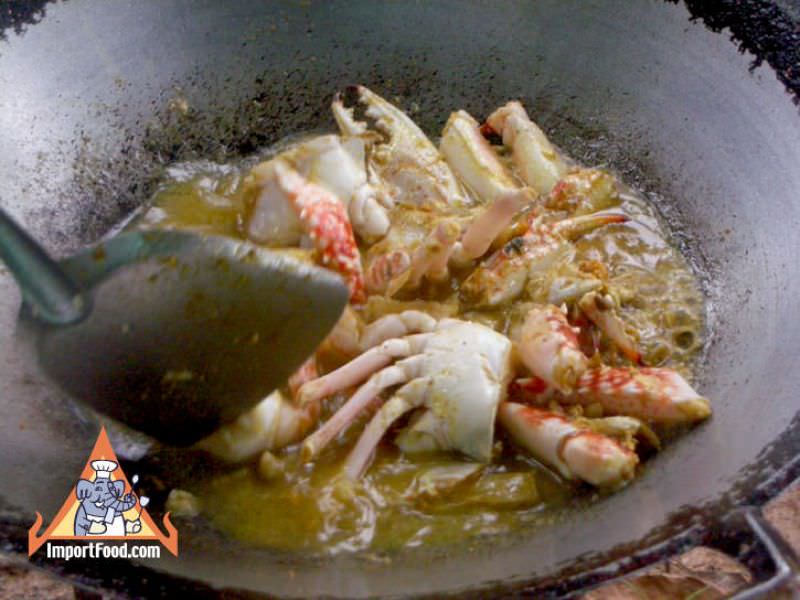 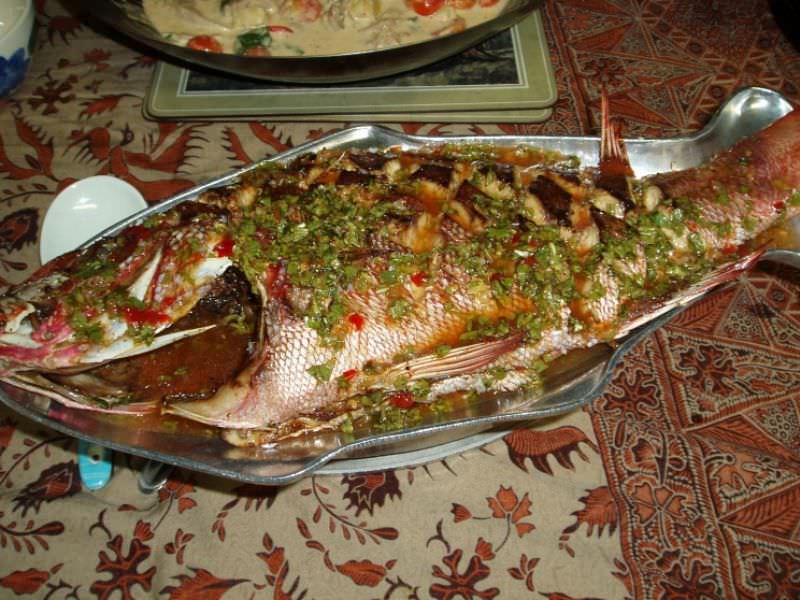 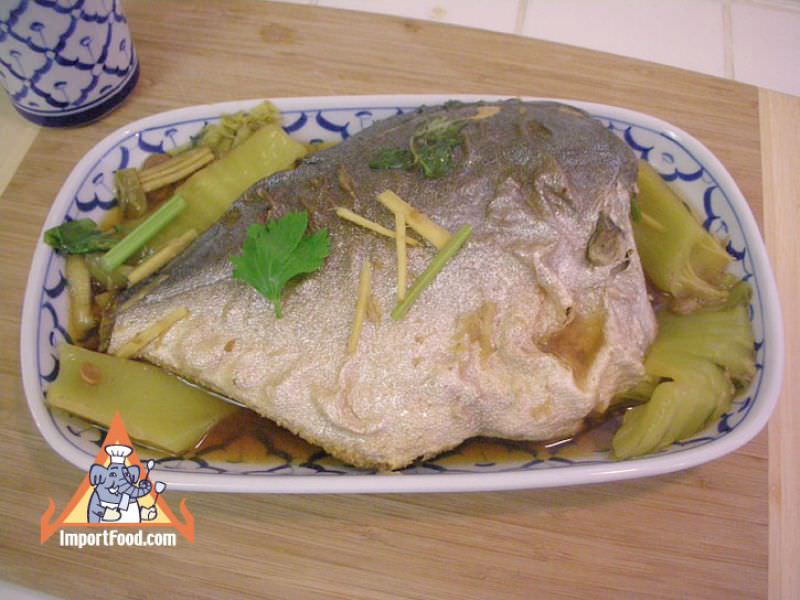 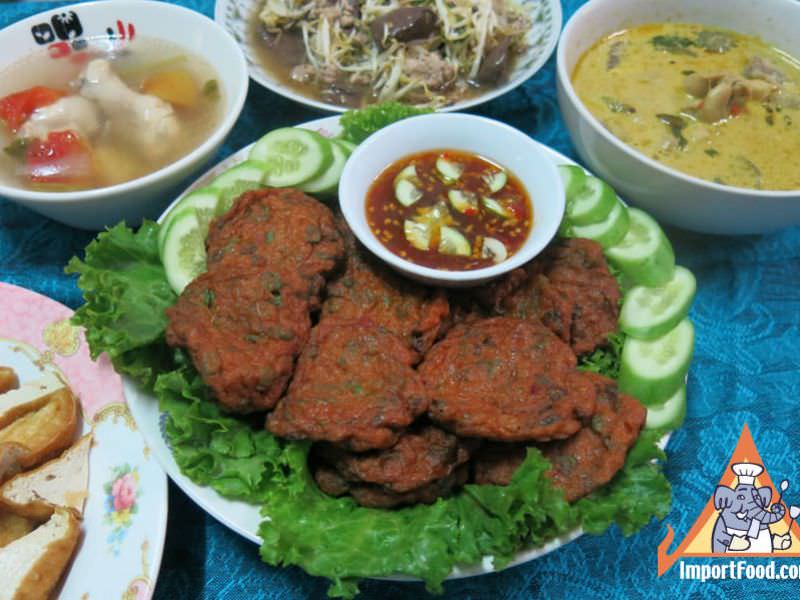 Satay is a flavor more common in Thai restaurants in America than in Thailand. We are pleased to offer this authentic, all-natural satay spice recipe for prawns. We recommend that you use the largest prawns available, and fry them in a skillet or what we used (see pictures below) is a George Foreman Grill which is remarkably useful for this dish. You can also use chicken for this recipe (simply substitute chicken for prawns, and put the chicken meat on bamboo skewers). Also see our recipes for pork satay and chicken satay.

METHOD FOR PREPARATION OF PRAWNS

In a medium bowl, mix the prawns with all marinade ingredients. Marinate for 30 minutes. Cook the prawns at medium heat for just a few minutes until they turn pink. Do not overcook or they will taste rubbery.

METHOD FOR PREPARATION OF SATAY SAUCE

Pound the peanuts in a mortar and pestle. In a medium saucepan, boil the coconut milk. Add satay mix, stir well and reduce heat. Add the salt, crushed peanuts, sugar and sesame seeds. Stir over medium heat for a few minutes, then remove from heat.

METHOD FOR PREPARATION OF CUCUMBER SALAD

Heat the vinegar, salt and sugar in a small saucepan over low heat until sugar dissolves. Remove from heat, set aside until cool. Transfer vinegar into a small serving bowl. Add shallots, cucumber and chiles. Now it's ready to serve.

Serve prawns with spring onion or other fresh seasonal vegetable. The bowl of cucumber salad and satay sauce on the side. We like to serve this dish with a fresh bowl of steamed jasmine rice, and spoon some of the satay sauce over the rice.